Design firm Brengues Le Pavec Architectes has transformed an old apartment in the city of Montpellier in the south of France. SBL apartments are a modern and cozy space, completely redesigned in accordance with the wishes of the customer.

Architects got rid of the long corridor and created more harmonious proportions of private and public areas, filling all rooms with light.

It was decided to combine the living room with the kitchen, while the latter was still placed in a glass cube, which made it possible to separate the rooms if necessary. To enhance the effect of separate rooms on the floor in the kitchen, tiles were used, while in the main part of the day zone there is oak parquet. The central kitchen island resembles a jewel in a jewelry box. The black wall in the living room contrasts with the large white library opposite.

In the apartment, there is a large number of joinery, which were created specifically for this project. It was also possible to organize a lot of hidden storage systems, including in each of the four bedrooms.

In the bathroom, the contrast of black and white colors is repeated, and tiles are also present. 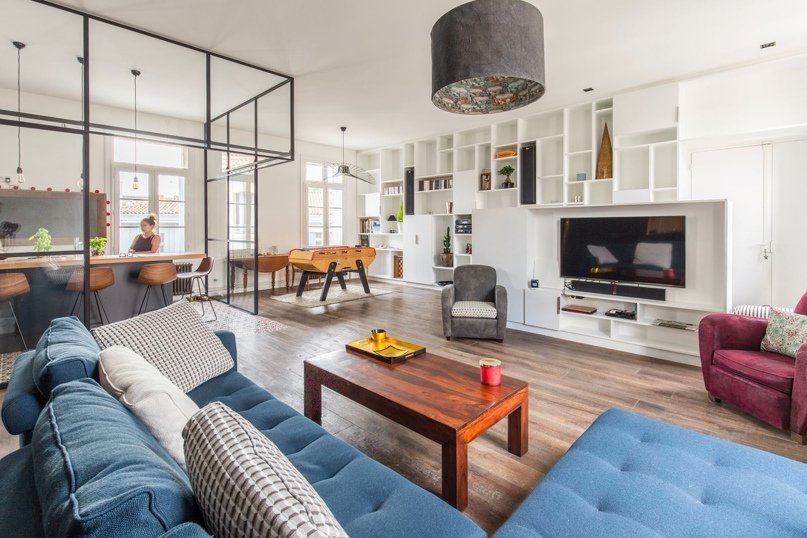 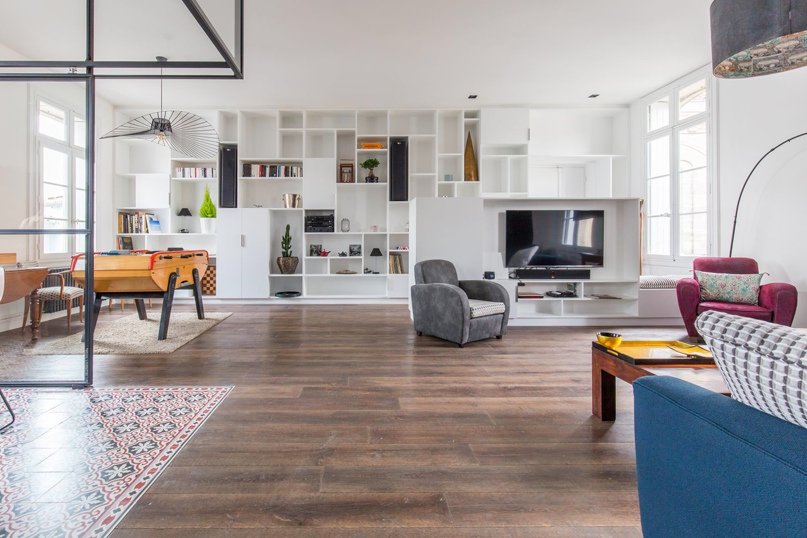 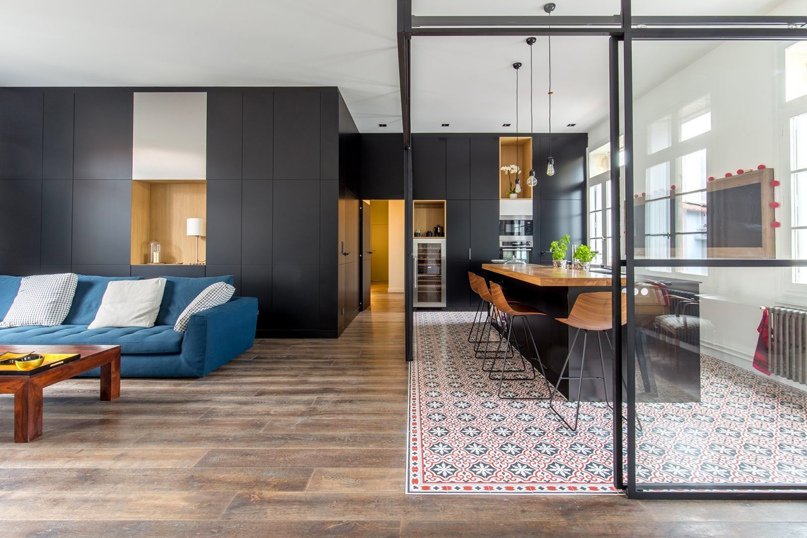 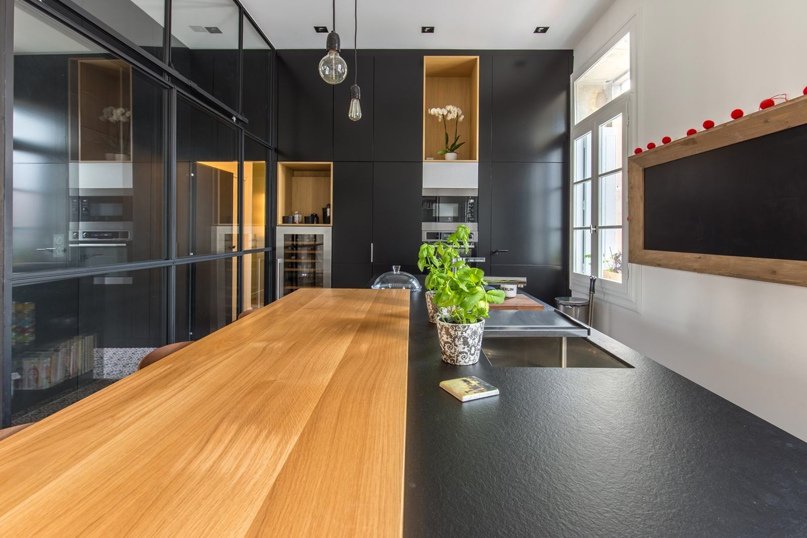 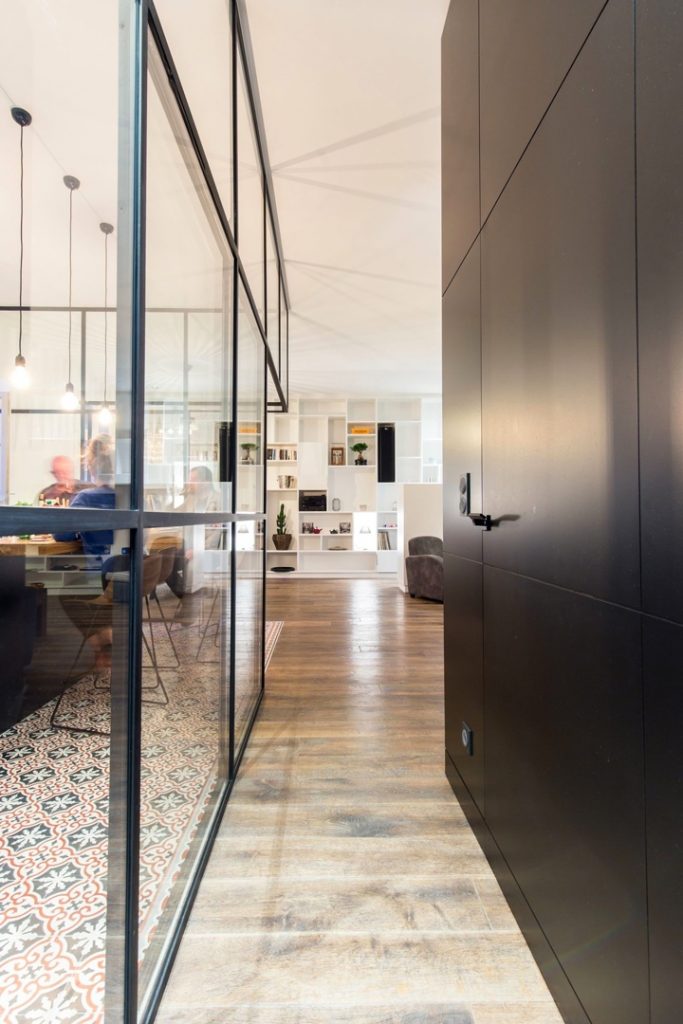 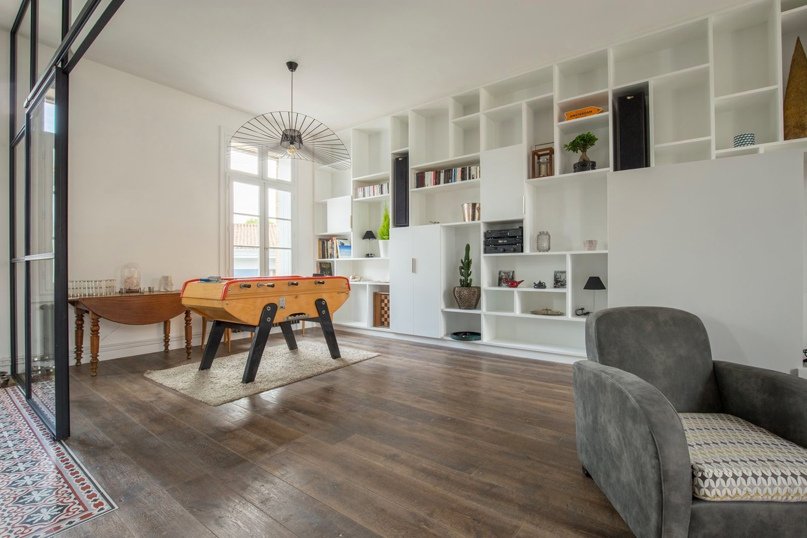 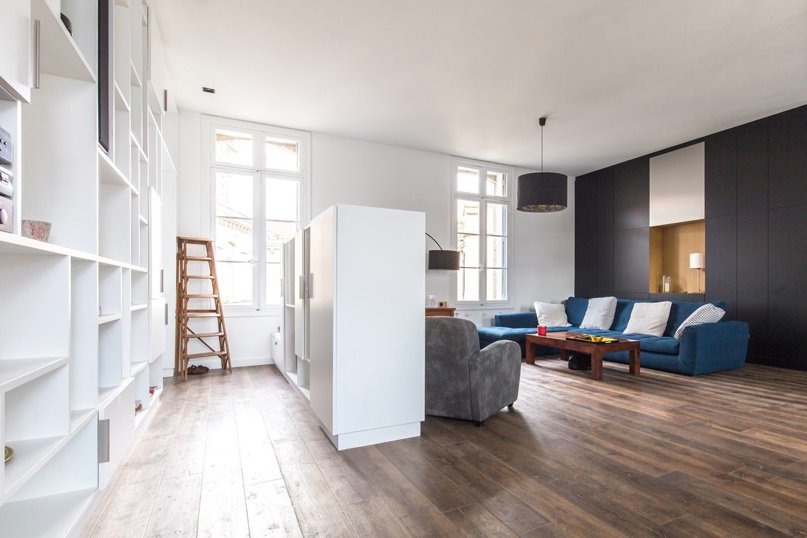 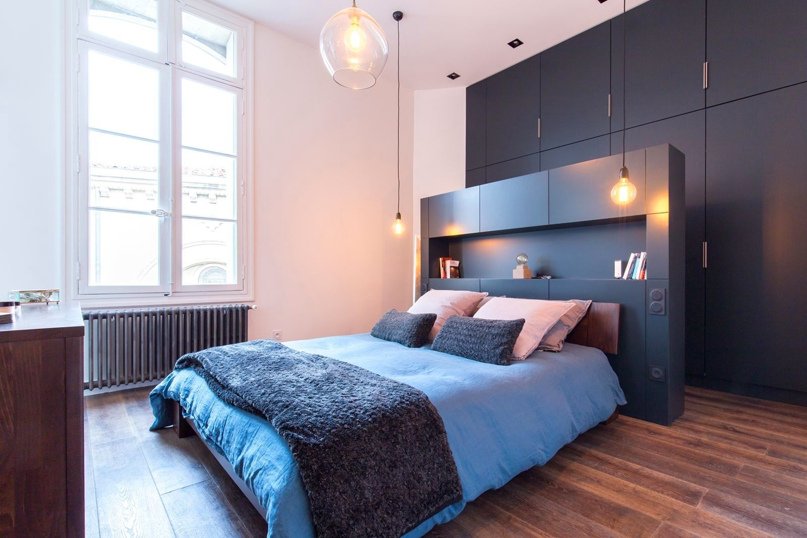 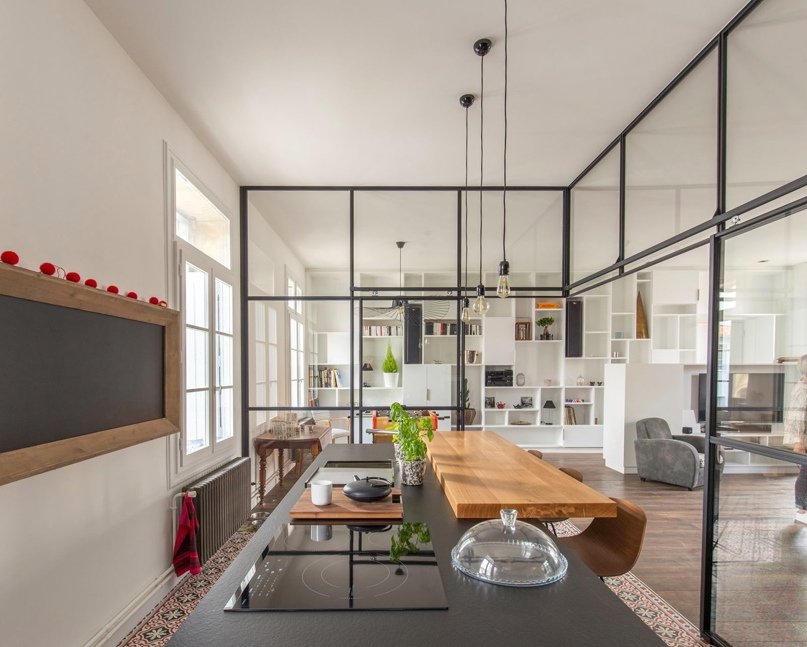 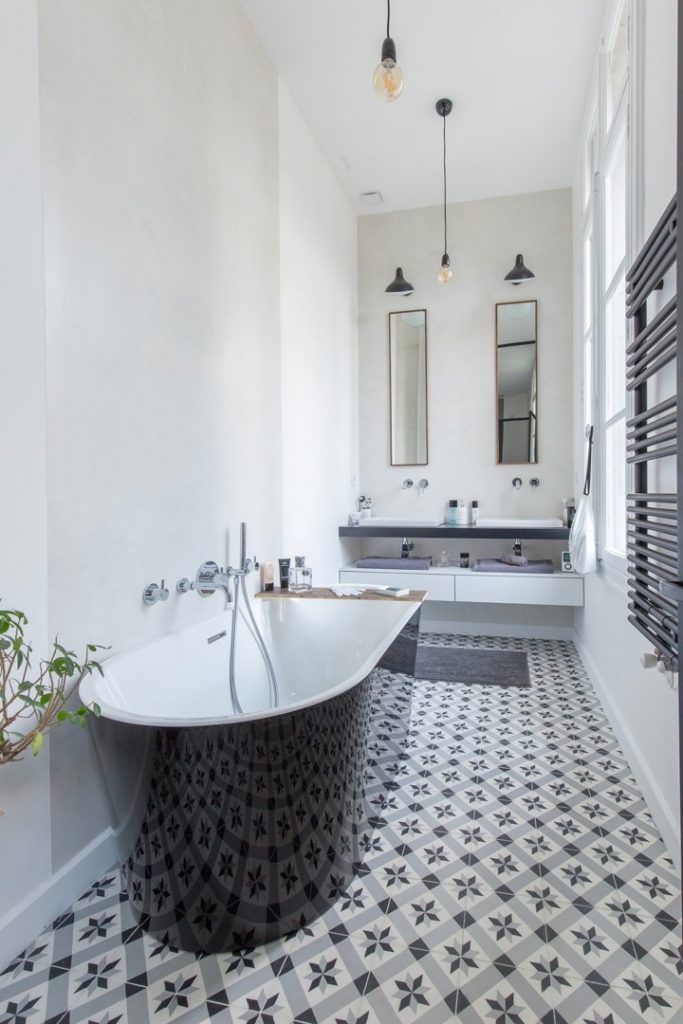 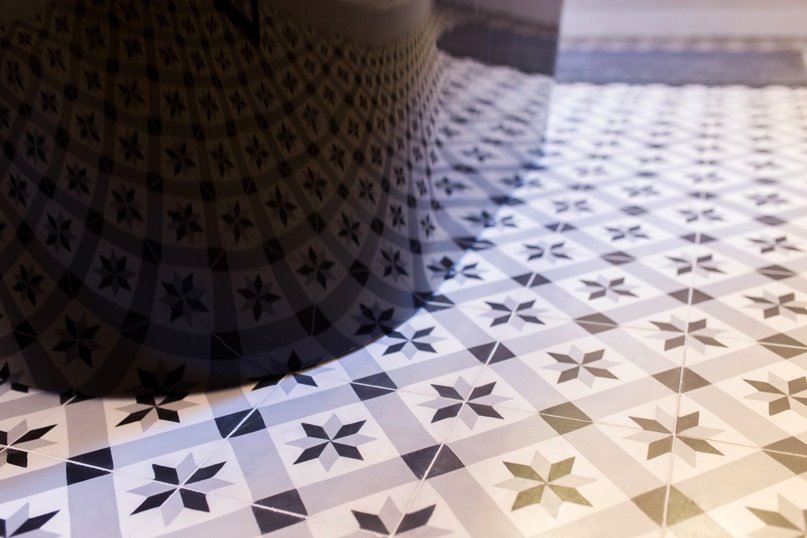 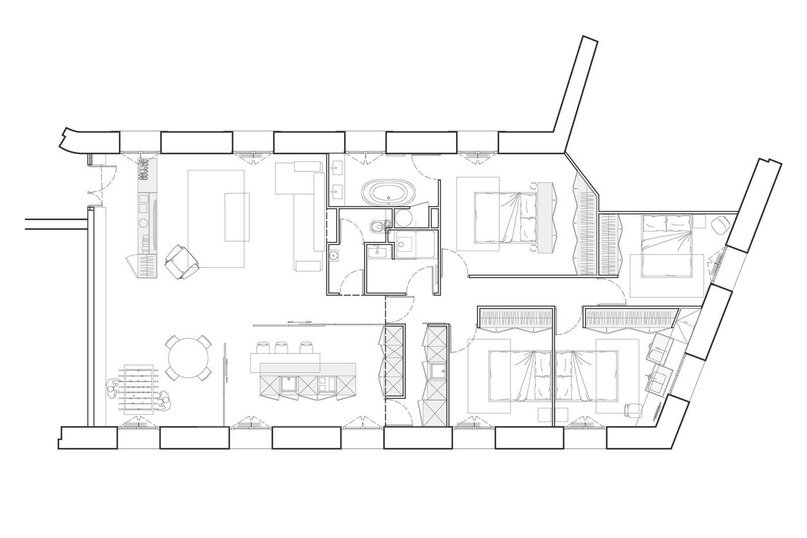